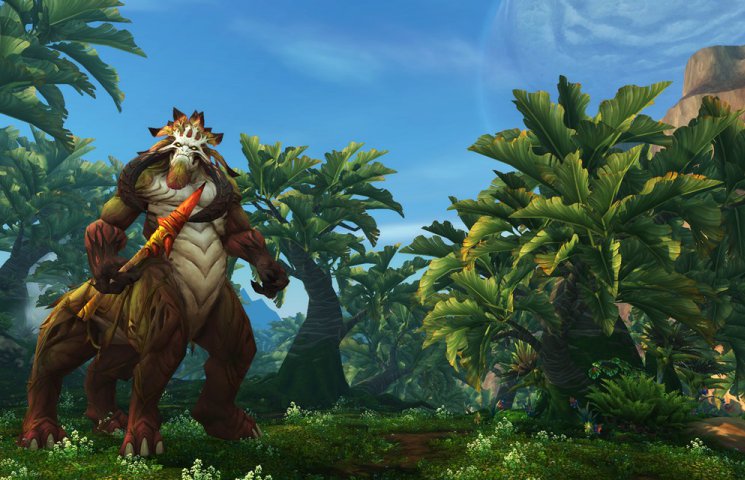 Top questions about Chains of Domination for World of Warcraft: Shadowlands

What awaits us in the latest patch - Chains of Domination? What - and who - will we meet, what will we face?

We may have many questions in connection with the patch for World of Warcraft: Shadowlands. After all, fans on the forums ask them a whole lot - from the very important to the quite trivial. The developers are trying to answer some of them, but the rest will be explained over time... and some probably won't be answered at all.

I chose the questions that particularly caught my attention.

Over the course of the supplement, fans have already coined quite a few theories to the plot (some are so obvious that it's hard to imagine anything else), however, the creators remain silent on them.

There are also issues with the game's mechanics and technical continuum. So let's take a look at what bothers players the most.

Is Runecarver a Primus?

OK - this may not seem obvious to us, yet all signs in heaven and earth point to the Shadowlands rulers being technically, immortal, impossible to kill.

Primus, the ruler of Maldraxxus, disappeared many years ago. We, in the course of the campaign, discover his sword, we also follow his teachings and footsteps. Those who have joined the Necrolord covenant continue to search for his artifacts, for Primus was an armourer and blacksmith of incredible power.

The resemblance is striking
Just like that completely identical-looking Runecarver who is trapped in Torghast and remembers almost nothing.

But are the players right? Is it really that obvious? We'll see, but whether it is in Chains of Domination remains to be seen.

What will happen to Sylvanas Windrunner?

Queen Banshee has as many friends as she has enemies among the players. It can't be said that she was actually ever very likable, although in the past she has at least shown loyalty to the Horde.

As we know, that changed - and plots and strings led her all the way to Maw, to the Shadowlands. Along the way, as we know, Sylvanas has several times lurked for the lives of absolutely everyone around her, including us.

I can't see you, and you can't see me.
Her fans still try to see it as a plan. Her enemies try to see only gratuitous evil. And in this case, the truth doesn't even lie in the middle, because it's hard to turn a blind eye to the burning of Teldrassil, the attempt to murder political opposition, or, sort of, making way for Maw in Northrend.

We'll see Sylvanas at the raid in Chains of Domination. It's going to be fun, as the developers promise that the end of the raid will change the fate of the Shadowlands.

3: Is this the end of Sire Denathrius?

No and no. We've already learned that the Eternal Ones - meaning Kyrestia, Primus, Winter Queen, and thus Denathrius - have no end and can't just die. Otherwise, Zovaal-Jailer would be consigned to nothingness in a familiar and fond way.

The old vampire turned out to be an audience favorite
From what was said at BlizzCon, we already know that Ray Chase - the actor playing Denathrius - did such a fantastic job that the developers decided to give his character a second life. After all, Sire has allies who would like to set him free (and they are, presumably, nathrezim).

4: Will we get new companions in Chains of Domination?

Yes. As we were told at BlizzCon, there will be new soulbounds and there will also be new companions for the command table. Fans would love to have characters from Azeroth, such as Ysera (who has already made soulbounds with us during the campaign) or Lady Vashj, among their totumphants.

5. Will we be able to continue developing Renown with our covenant?

It doesn't look like it. From what Wowhead searched, our weekly quest to collect 1,000 anime will reward us with 1,500 gold, while - when we reach the max - we'll get 500 anime if we collect souls.

This does not mean that nothing new will happen in the covenants
It's a pity, but on the other hand at some point we have everything. The main thing is to find other activities - and these are promised to us.

Will there be more floors of Torghast?

Are you tired of Twisting Corridors? It seems that in the latest expansion we'll find something new. The creators have announced new floors, new challenges and new monsters.

We all know it - protection warriors, beastmaster hunters, arcane mages - for each class one or two of the other specs are much better, so those who want to try a different role just have an uphill battle.

Demon hunters have been getting some love lately
As you can see, Blizzard is still on it, feedback is being listened to, and as a result, more classes are getting improvements. Every Wednesday (Tuesday in the U.S.) could mean a percentage or number cap will change somewhere.

Are these all the questions? No.

Do they answer everything we want to know? Definitely not.

The creators aren't sleeping, though. We'll see if Chains of Domination manages to actually dominate the scene.