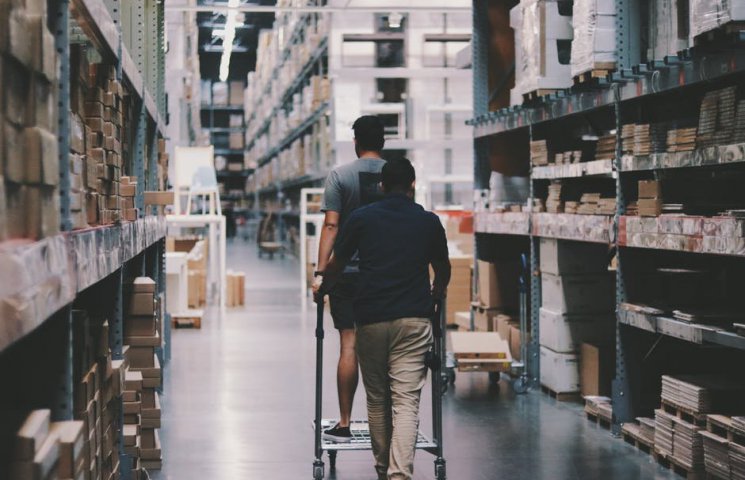 WoW: Roadblocks and Falling Fruit - Bosses in the Sanctum and their Balancing

The new WoW raid Sanctum of Domination has been open for a few days now, and thousands of groups of brave raiders have already slashed their way through some of the ten new bosses. Whether you like them or not is, of course, very much down to personal taste. Once again, though, you have to hand it to Blizzard for being very creative in the design of the bosses, and even after more than 16 years, they're still finding ways to incorporate new mechanics and systems into the battles, making each new raid an experience. Even in the Sanctum of Domination we find some fights that are more than 08/15 boss battles, even if they still exist of course.

Let's just think of the Tarragrue, the Suffering Blacksmith, Roh-Kalo or Sylvanas himself. Exciting fights that can be quite demanding. But the latter doesn't depend on the mechanics in most cases. Sure, paying attention to dröflzig stuff is harder than paying attention to three. Mostly, however, the weal and woe of one's success depends on balancing. And in this case we don't mean class balancing. The developers can balance individual bosses from incredibly easy to unmanageably difficult by turning the screws. This makes sense, since you want to make the bosses challenging depending on the difficulty level, but at the same time you don't want them to be so hard that groups have to quit in frustration.

00:59
WoW: Raid Sanctum of Domination in the trailer preview World of Warcraft from€14.99

And there's another important point this should make. While the entry boss should be the easiest enemy possible and the final boss the fattest chunk, a linear increase in difficulty in between would be very desirable. With each boss you advance further (and thus improve your own raid thanks to loot), it should get a notch harder.

For the most part, Blizzard has followed this principle in raids over the years and done it well. Of course, there have been minor issues here and there - we're thinking of Xavius, the ridiculously easy final boss in Emerald Nightmare, for example. It should be added that they also made it easy on themselves at times by setting up the raids in such a way that players had a choice of which boss they wanted to tackle next. This quite automatically results in a very linear increase in terms of difficulty.

With Sanctum of Domination, the developers have again moved away from the free choice of order somewhat and are taking a more linear approach. Only in a few places are you allowed to choose between two bosses. Due to the predetermined order, it is now of course even more important, At the current time, the bosses in heroic mode have been knocked down about as many times. The numbers aren't perfectly accurate, but they give you a good idea of where guilds are having the most trouble.

the balancing of the bosses is halfway right. And that's where the goblin lies buried. Because "halfway" is putting it kindly in the current case.

If you look at the kills of the individual bosses, you'll quickly notice something that coincides with most players' own experiences in the raid. In the Sanctum of Domination sits at least one true roadblock: the Suffering Blacksmith Raznal. Don't misunderstand, hard bosses that cost a lot of practice and tries are not bad by any means. It's just the positioning in the raid that raises some questions.

For example, before the Suffering Forge, there are two fairly easy bosses in Ner'zhul and the Soul Shredder. If you beat one of them, you'll kill the second one in no time. This is followed by the Suffering Forge roadblock, which guilds are currently failing at by the dozen, as almost any misplayed mechanic will result in instant death.

Now, theoretically, you could just assume a big jump in difficulty. But if you look at the following bosses, you have to discard this theory. After the blocker boss, the Guardian of the First is a free-loot. Almost every guild that didn't end their raid after the Suffering Forge also sent the Guardian to the dust a few minutes later. The suffering forger Raznal makes many groups suffer in the truest sense of the word. Source: Blizzard

Blizzard once again underestimates the DpS of the players.

One could have actually thought that this very guardian of the first could become a kind of roadblock. After all, it is the DpS check in the Sanctum of Domination. Just a few mechanics and a badass berserk timer. But obviously Blizzard once again severely underestimated how much damage players already bring in the first ID. It's not just top guilds like Method and co. that knock out the guardian long before you run out of energy cores and the enrage starts. Of course, the difficulty level in normal and heroic mode doesn't say anything about the mythic raid. It's quite possible that guilds will be chomping at the bit for the hardest version of the Guardian next week.
Guardian of the First is supposed to be a DpS check, but is simply free-loot for most guilds. Source: Blizzard In conclusion, it's not necessarily a bad thing to suddenly be "given" another boss kill after a roadblock. Still, it doesn't feel right somehow. Since Blizzard hasn't been a big fan of bosses like this in the past either, we can definitely expect to see some minor balancing adjustments to the bosses soon. Experience shows that not only the classes will be fine-tuned at the start of the mythic raid, but also one or the other boss. A little less health on the rolling bombs, a little less damage from the fire debuff or slower moving spikes in the intermediate phases and the Suffering Blacksmith should fit in better between the other bosses.

What do you guys think about this stuff? Are you a big fan of such heavy blocker bosses or would you also prefer a more even difficulty increase?

The next WoW Shadowlands ID reset will fix some lags in the Sanctum of Domination, but Sylvanas remains a lag battle. to the start page to the gallery The links marked with * are affiliate links. Affiliate links are not ads, as we are independent in our research and selection of featured products. For product sales we receive a small commission, with which we partially finance the free content of the website. 1