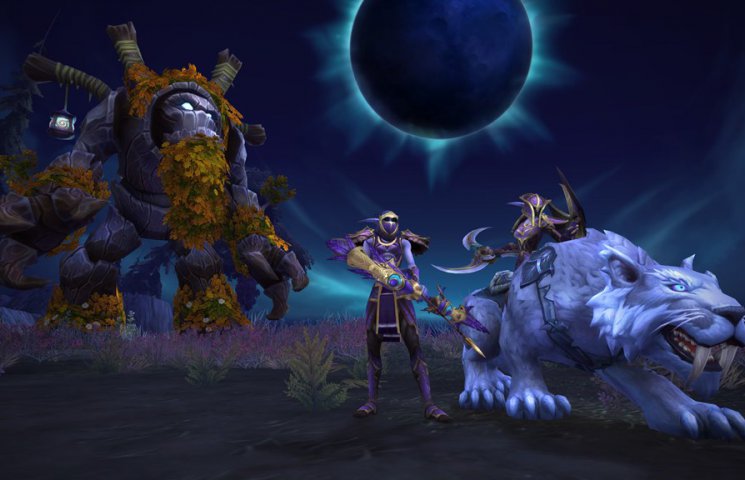 Quite an expensive mod for a legendary game.

Warcraft III probably doesn't need to be introduced to anyone. Cult strategy with RPG elements permanently inscribed in the history of gaming, and also laid the foundations for the World of Warcraft, which still rules as the king of the MMORPG genre. So what could go wrong in the attempt to restore the legend? As it turns out, almost everything.

Let's go back to 2018, when during Blizzcon we learned about a project called Warcraft III: Reforged. Blizzard promised a lot back then, from completely redesigned graphics, to sweeping interface changes, reworked cinematics and cutscenes, to expanded campaigns tailored to tell a more cohesive story.

A year later we learned that Blizzard had decided to backtrack on some of these promises. They cited fan requests to keep the original game intact. That's how we made it to the end of January 2020, when Warcraft III: Reforged finally came out after delays. And you know what? It looks more like a fan modification than a fully fledged renewed game.

Warcraft III: Reforged greets us with a refreshed video, which makes us believe that we're in for a real remaster and remake. The new menu doesn't allow us to select The Frozen Throne campaign, but it's not a problem - the story is worth going through from the beginning, especially since the prologue was supplemented with three missions that were previously available only as side content.

In settings we can find a lot more options, which allow us to enjoy the game in higher resolution. We can always switch to classic graphics, which is also a nice option. It is a pity that the promised option to change the dubbing did not appear. In the Polish version the soundtrack was completely replaced, and it is arguable whether this was necessary. The original has its reputation, and the new dubbing is not bad - it's just different.

Warcraft III owners who were not tempted by the Reforged version must take into account that their version of the game also received a new dubbing, which is a strange solution. Anyway, the whole game was simply bundled with the remastered edition, so realistically players of the original are doomed to a lot of solutions from the remake. And that's whether they like it or not.

In fact, Warcraft III: Reforged itself is simply a graphical modification. The models of all units have been changed, and the interface and textures have been slightly improved. Personally, I'm not a fan of the new graphics, because the renewed appearance of characters does not fit into the fairy-tale background. Forced to get rid of the unique atmosphere in favor of more realistic representation, which in my opinion just does not fit. This decision is even more strange, since Blizzard had models from Heroes of the Storm (Alterac Pass map), which in my opinion would fit better.

That's not to say it's ugly, rather I would say inconsistent. The refurbished models don't match up with the rest, making it look like a mod uploaded to the classic version of the game. It looks even worse when you pay attention to the animated portraits that move their mouths like emotionless puppets.