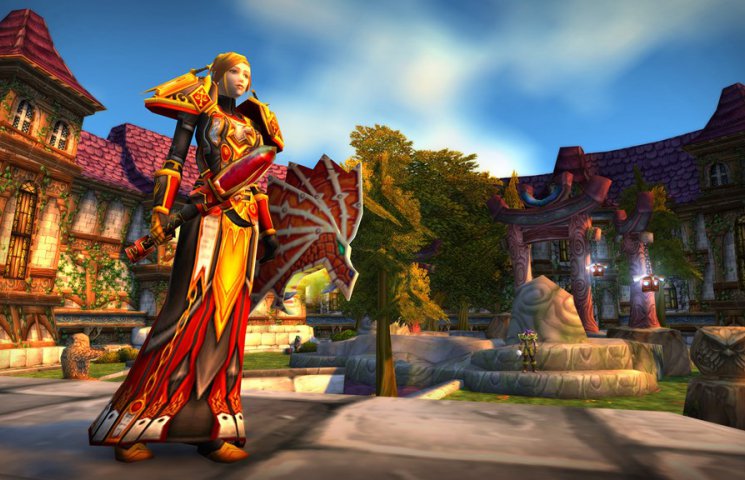 Please note, the following is only a preliminary review. It's difficult to evaluate the latest expansion to World of Warcraft holistically when a large part of its content will be released in the future. After all, Warlords of Draenor also promised to be a nice...

Hello, my name is PefriX#2149 and I am an Undead/Forsaken who roams Azeroth (and beyond) in search of challenges. Since Draenor is over and I've done my time in the garrison, there wasn't much left to do, so I waited for a wind of change. The result was a meteor storm that shook the order of Azeroth. This is how the Burning Legion decided to announce itself. If it's fun, it's fun...

With the coming of the invasion, it became apparent that our skills needed to be replaced. Instead of having a countless number of more or less useful skills, we were limited to a handful of abilities. Some people liked this novelty, others complained that it made the game more shallow - as a representative of Rogue class I have a lot to say about that! It turned out that my specialization, Combat, has been completely transformed. Villain trainers now teach them how to fight with a blade (rapier) and a gun. Unimaginable, right? And it wasn't just me who was affected by such revelations. Almost every class has been changed, turning one of their specializations upside down. The result is that some characters have to change their specialty to be useful enough for the guild! Fortunately, specializations can now be changed for free and at almost any time.

On my part, I'd like to add that fewer abilities doesn't mean easier gameplay. After all, new/old abilities simply absorbed the effects and properties of other spells! Sure, there are geeks who love it when their screen is half covered with skil icons. However, everything looks clearer now. Although, unfortunately, I will admit that it is a bit simpler. Instead of the two buttons needed to kill an enemy, I use one....

Speaking of characters, with the arrival of the Burning Legion, it's worth mentioning the new heroic class, the Demon Hunter. These half-demonic disciples of Illidan are available only for Night and Blood Elf races. They look awesome, they have such cool weapons, they even have a double jump! Surprisingly, they have only two specialties, typical DPS (Havoc) and tank (Vengeance). From my observations, they're not as over-the-top as the first heroic class, Death Knight, was at its launch. Nevertheless, they can detect invisibles, have a fair amount of mobility, and on top of that, everyone is playing them now! The Illidari faction is growing in strength...

Of course, the races of Azeroth could not let some half-demons stand in their defense! They organized themselves and sent a joint expedition (Covenant and Horde) to the Broken Isles, more specifically the Broken Shore - I mean bad, first there was the expedition, then the illidan snot. I fought alongside everyone there and saw the Burning Legion with my own eyes. I don't want to give away overly dramatic details, but the faction leaders "came back" from that skirmish on a shield. Both sides took huge losses, and that was just the beginning of the invasion! Yes, plot-wise, it's a honey.
Our initial helplessness led to old legends like Thrall deciding to give way to young ones. That's why every hero can equip himself with an artifact before he sets out to fight the Legion. An artifact is a special, mythical weapon that has its own history, ability and set of talents. Additionally, it has spaces for runes (they work like gems) and can be upgraded all the time. The power of this weapon cannot be described in mere words! In addition, all specializations have their own unique weapon with different characteristics. Interestingly, each class (with the exception of the Demon Hunter) can acquire three artifacts to fulfill their role in a given specialization. As if someone was bored that everyone is running around with the same item, you can always change the appearance of the artifact to a more sophisticated one.

Well, we were equipped with a respectable weapon, so what next? Well, we can't stand against the Burning Legion alone. That's why we set up mutual admiration clubs, pardon me, Class Halls (Order Halls), which serve as the old garrison. Each class has its own Class Hall, where they can upgrade their artifact, contact other countrymen or command expeditions to the Broken Isles. Again, we will be able to send our squires on special missions, but this time this aspect has been balanced. Not only we won't earn a lot of gold sitting in one place, but also the activity in the Class Hall requires appropriate resources. We gain them ourselves by completing the tasks in the Broken Isles. So the end of laziness! At least in theory.

Speaking of the new "continent", it is in fact a cluster of 6 islands. What's interesting, 5 of them we have access to almost immediately. In Broken Isles the lands adjust to our level, so we decide where to start our fight with Burning Legion. Only the center, Suramar, is available at the last, 110th level. This solution makes it almost freely migrate between islands, exploring the surroundings at the same time. And there is a lot to look at!

It is also worth mentioning that the premiere of Legion took place without any major obstacles. There were no mass disconnections, disturbing lags, or DDoS attacks. Sure, a few people had problems with connection, and the more popular servers were besieged, but there were no dramas!

Of course, not everything is so beautiful. Now, for example, I have no idea how much damage my character does. Stats have been reduced and you have to use addons to access the numbers. It's not a huge tragedy, but one longs for a detailed list. Some people may also not like the fact that these 10 levels are really fast. Not to lie, without any enhancements it takes about (max) 15-17 hours. Theoretically it's not much, but nowadays games don't offer a "challenge" anymore in terms of getting to the last level.

As you can see, I've talked a bit. There are really a lot of new features! I didn't mention anything about the "wardrobe", in which we can change the appearance of our equipment. Oh, I forgot about the modified PvP aspect, which now has its own talents and in which weapons do not play such a big role. And about dungeons or raids I didn't mention. But here I'll act like a grump and say "media silence". These aspects take time (especially the raids, which are yet to be opened...) and game development, so they will be evaluated later. When? Theoretically soon, after all Blizzard announced before the release of Legion that in the first major update (7.1) to this expansion, we will return to the legendary Karazhan!

All in all, I wasn't prepared for such a good start to the new expansion. However, time will tell if World of Warcraft will fall due to the untapped potential of Burning Legion, or if it will fend off the demon invasion in style! For starters, I give it a solid 8.5/10!