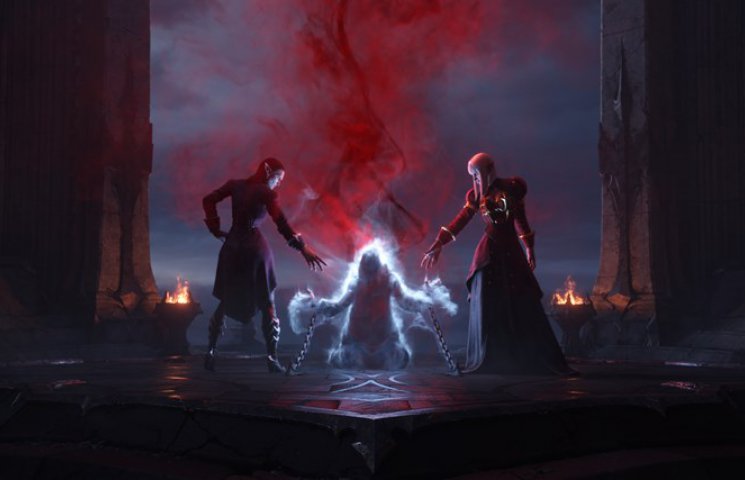 IT'S HAPPENED, THE NEW ADDITION TO WORLD OF WARCRAFT HAS DEBUTED

After many months of waiting, the moment has finally come. Today at midnight, another addition to the World of Warcraft, Blizzard's 16-year-old MMORPG - Shadowlands, had its premiere. Check out where this expansion takes us and what new features it introduces. I do not know about you, but I can not wait to play it.

Of course, the premiere of Shadowlands was stormy. As was the case with the debuts of other expansions, players had to face the instability of servers associated with the number of people logging into the game and long queues to the servers. However, these were not the longest queues in the history of World of Warcraft.

In World of Warcraft: Shadowlands, players move to the titular Shadowlands after Sylvanas, destroying the Helmet of Domination - the helmet of the Lich King - destroyed the veil separating the netherworld from Azeroth. Of course, the new expansion will bring everything that all previous expansions have brought to World of Warcraft - new areas, previously unseen armor, as well as dungeons and raids. You can see it all in the video below.

In the new World of Warcraft expansion, players can make pacts with one of the four factions that rule the Shadow Realm, gaining access to new powers and special abilities. These new powers and abilities will prove invaluable as players face the forces of the Jailer, a malevolent entity that rules over the hopeless depths of The Maw.

One of the most interesting elements in Shadowlands may be the so-called Tower of The Damned (Torghast). It's endless dungeons filled with traps and enemies, which we can visit alone or with up to four friends. Their levels are randomly generated, so our trips there will never look the same.

It's worth mentioning that many important innovations to the game were also introduced in the patch before the release of the addition. I'm talking about a new starting region, new options for character customization or the so-called level squish. The Shadowlands pre-patch also made it easier to unlock allied races, lifted some restrictions on transmogrification of artifact weapons, allowed to fly on certain mounts such as the Lucid Nightmare and deactivated the Corruption System.

Our review of World of Warcraft: Shadowlands will appear on lenovogaming.pl in a few days. Look forward to it!