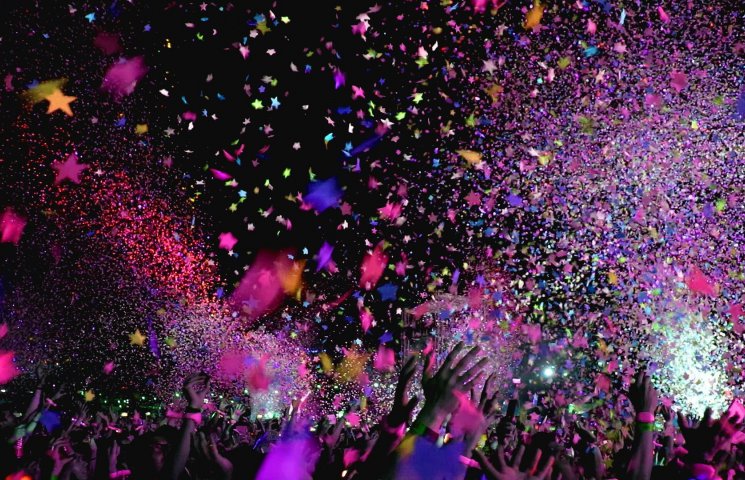 The monitors of the Sanctuary of Domination are bustling with activity. Maw-bound technicians watch the current progress of the raid, adjust the controls and pull the domination chain lever as players reach the appropriate phase. Every now and then, the tear-down button is pressed to increase player stress and provide dramatic moments. When Sylvanas' life bar is at one percent, the evening shift manager leans over and raises his armored hand. "Wait. Waaaarte ... Now!" The loot technician in charge slaps Sylvanas to the ground like a limp loot piñata, and the player raid erupts into cheers. There are murmurs of satisfaction in the command center.

Shoulders are slapped and the last remnants of coffee are drunk from paper cups. "Good job, guys," it buzzes metallically from the manager's helmet, "Drop some small stuff in Loot now, and pack the quiver of Dark Ranger and Rae'shalare, Whisper of Death on top.

"If all goes well, players will tell their friends about the whole thing and we'll get a little more walk-in traffic here." A quick tug on his tie and a glance at his watch later, the raid boss nods in satisfaction. Another solid evening of motivation.

In the arena power class from 2100 on up, analysis is done with clinical precision: A sorcerer has just been vaporized for getting too close to a mage. A warrior uses the head of a hapless rogue as an improvised bongo drum. With a loud poof, a druid turns to ash, fatally underestimating a shaman.
The Achiever wants to compete by going toe-to-toe with the game. Raiders, dungeon crawlers, and achievement hunters are examples of this. Source: buffed
"Do you think we should dial down the damage a little?" Two gnomes watch the goings-on and take notes. "No, otherwise the whole thing will take too long. The TTK can't be too high, or the kills won't be satisfying enough for the killers." " Players want fast duels. Check out what the open-world department is doing in terms of PvP right now."

Do something! Make him disappear or something!" The blood elf in tie ruffles his hair, destroying two hours of meticulous styling in seconds. "It can't be that - " "Sir!" A goblin lady with a headset turns and points at the monitors. "Look at it! The players love it!" With a look of disbelief, the blood elf stares at the images. "Of course ... the socializers ... Quick, turn up the loot slider! Would be a laugh if we couldn't turn this situation into motivation!" A satisfied grin spreads across the elf's face. Maybe by implementing world bosses, you could even grab the explorers - you'd just have to hide the things ...

To consider it as a "home" so to speak and to bind the player in the long term? Words like "player agency," "immersion," and "replayability" are brandished like weapons in a protracted war of attrition. Yet there is a guiding principle that has worked flawlessly for single-player and multiplayer titles for more than 25 years. We'd even go so far as to say that this design philosophy is present in every single modern game - because at its core, game design only works this way.
Factional pride, blood, and war: The killer derives his joy from interacting with other players... by attacking them and dealing with the consequences Source: buffed

1. playing according to Bartle and Radoff - what type of player are you?Next page1.1. what makes us tick1.2. the Bartle test1.3. the genius of online role-playing gamesPage2. Radoff talks to us the Skinner box issue2.1. Radoff talks to2.2. the problem with the Skinner boxPage3. picture gallery for "Bartle and Radoff: How WoW makes us want more "We're

talking about the so-called "Bartle taxonomy" or "Bartle's classification"

To understand the whole thing, let's dig a little deeper: Richard Bartle is a true pioneer of the MMO genre and currently a professor of computer game design at the University of Essex. His achievements include working on 1978's MUD (Multi-User Dungeon), the first MMORPG truly worthy of its name, and authoring the book Designing Virtual Worlds, still considered the developer's bible for online role-playing games. Bartle also created his categorization of different player types in 1996, which would later become known as the "Bartle Test."

In this article, we look at the test, the possible results, and what these findings mean for players and developers. Also, of course, we'll look at the implications for World of Warcraft (Buy Now )

and your personal gaming experience. Finally, we turn our attention to the musings of John Radoff, a Harvard graduate, author, and game designer who doubts the test's findings and wants to bring them into the modern era with alternative categorizations. Don't worry: this all sounds unnecessarily complicated, but in practice it's very easy to understand. So grab your notebook and put on your reading glasses, because today we're taking a slightly more technical look behind the scenes of timeless game design.

The Bartle Test was first written for the Guildcafe.com website and consists of a total of 30 questions

Depending on how the questions are answered, the player falls into one of four major archetypes:

They are extremely goal-oriented and possess both the competence and motivation to complete the goals set by the game one by one. For game developers, Achievers are a true blessing, because they end up chasing the goal explicitly set by the game. In World of Warcraft, Achievers are found primarily in Raids and Mythic Plus dungeons. Blizzard's lead Mike Ybarra is a typical Achiever with his Mytic+20 achievements.

SocializerThe
"Socializer" wants to achieve one thing above all in an MMORPG:
He likes to get in touch with other people. Socializers thrive in an environment where there are many other players with whom they can experience different things. What those things are or whether they win can also be important, but it doesn't have to be.

What is important first and foremost is that other players are present. In essence, the socializer sees the game as a platform to meet other people with the same interests. In WoW, pure socializers can be found in guilds and event groups, for example. Developers like socializers because they are the glue that holds the community of an MMORPG together.

KillersWith killers, another population group can be found in MMORPGs that like to interact with players ...
By ramming an axe into their skulls. Killers are usually simply interested in the online lives and reactions of other players because they need victims. Whether in controlled arena circumstances or in the open world, they love to compete in combat with other players. In its pure form, the killer is a loner who gets fun out of a series of

confrontationsMore guys!
The Bartle and Radoff variants are the most well-known typings, but there are dozens of other classifications. For example, Quantic Foundry establishes twelve motivations, six pairs, and three clusters of player types and motivators.

draws. Whether in the open world, arenas, or battlegrounds, there's a lot for killers to do in WoW. Killers are difficult for developers to manage because they can often hinder both players with strong Achiever and Socializer characteristics.

ExplorerExplorers
, finally, are the scourge and blessing of every developer because they relentlessly test the limits of the game.
In its most innocuous form, an Explorer will want to explore the world, see interesting and hard-to-reach places, and discover new things. In its most feared form, the Explorer will hunt for every bug, shortcut, and unbalanced skill they can find - not necessarily because they want to get stronger, but because they want to make their own rules and the discovery itself brings them joy.

All Explorers have in common that they are the antithesis of Achievers: If something was intended by the game you can bet that the Explorer will run in exactly the opposite direction. In WoW, you'll always find Explorers when they single-handedly take down a raid boss, solo mythic runs, or explore the map until they fall off the edge of the world. What Explorers and Achievers have in common is their tendency to test limits - only the Explorer doesn't care about rules.

The genius of online role-playing games

No matter if they climb mountains or break the rules of the game: Explorers impose their own rules on the game and can hardly be influenced. Source: buffed
We know what you're thinking now, "I've got a little bit of all those Ark guys in me!" And you are most likely right. That's why your "Bartle Quotient" is a total of 200 percent, distributed across all four archetypes after you've answered the 30 questions; no category can ever exceed 100 percent. This means that you can easily be 100 percent Killer, 50 percent Achiever, 50 percent Socializer, and 0 percent Explorer.

Such a player would be, for example, a member of a typical open-world PvP guild that organizes raids and generally keeps the PvP landscape running. If, on the other hand, we take the example of a player who is 100 percent Explorer, 75 percent Achiever, 25 percent Killer, and 0 percent Socializer, we get Rextroy - the famous Paladin who is always testing the limits of the game's mechanics and breaking them single-handedly on a regular basis.

The test itself will quite reliably tell you what you value in an online role-playing game, if you can't already categorize your interests well anyway. For designers, however, this simple categorization, along with fluid transitions, suddenly opened up a very focused development. Games could now be tailored to a specific target audience or to the masses.
Socializers are the only group that can influence themselves. The fewer socializers in a game, the more their population dwindles. Source: buffed
Although Bartle types across all games help with conceptualization, it is online role-playing games in particular that have the potential to cater to all Bartle types: MMORPGs (ideally) have the scale and diversity to provide a playground for more than just pure killers or Achievers - interlocking systems also keep players whose percentage points are evenly distributed across all archetypes.

Are you a socializer-explorer? Then find some friends and explore the world. Are you an Achiever killer? Grab the best items and climb your server's pecking order. Do you have the heart of an Achiever socializer beating in your chest? Raids and dungeons are already waiting for you, as well as a dedicated guild that shares your ambition. Amusingly, however, the strength of MMORPGs is also their greatest weakness: archetypes naturally interact with each other and can severely limit their counterparts' enjoyment of the game.

For example, if you bring in too many Achievers, you'll find fewer Killers in your game, and vice versa. Translated, PvE and PvP offers must be balanced so that neither of them "claims" the game for themselves. Likewise, pure killers must be kept away from pure socializers, because the latter will otherwise migrate to greener climes. Note: Socializers belong to the only group that has any influence on itself. If there are too few socializers, the game automatically becomes less attractive for the rest of the socializers, and vice versa.

Page 1 Playing according to Bartle and Radoff - which type of player are you? Page 2 Radoff talks to us the problem with the Skinner box Page 3Image gallery ofBartle and Radoff: How WoW makes us want more next page next page to the gallery to home page Jump to comments (1)