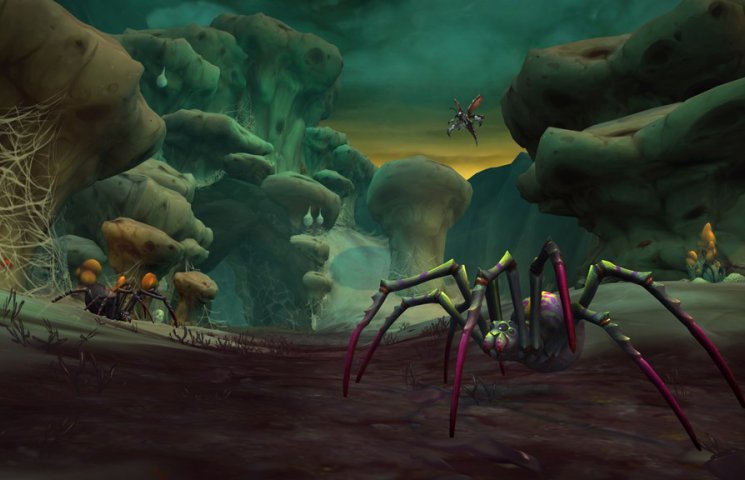 A conga dance, two stars, and a Goblin Vault in World of Warcraft

The undisputed (at least so far) king of MMORPGs has seen a few tidbits. People testing the latest expansion called Legion have reported that an item called Mesmerizing Fruit Hat, known from the beta of the previous expansion - Warlords of Draenor, has been added to the game.

What does it do? Basically, it's nothing special, it only makes our character start dancing, holding a plate full of fruit on his head. Specifically, it rolls in the African rhythms of konga dance, moving slowly forward. Interestingly, if the item is launched in our Garrison, all the NPCs will join us! So what do you think dear friends, it's time to move your hips a bit!

The Mesmerizing Fruit Hat is located in Pandaria, specifically in the Valley of the Four Winds (coordinates 52,63), under the Imperial Granary. Simply take the Mysterious Fruit Pile, and the hat will be yours. Once you take the item, it deactivates for a few seconds, so just wait a while before you can get it again. The Mesmerizing Fruit Hat will disappear when you enter combat, so don't let it throw you off your dance moves!

World of Warcraft has honored several celebrities with their grow-ego. It's worth mentioning the guest appearance of Chuck Norris (who even recorded a commercial spot) or the commemoration of the famous actor, the late Robin Williams. The Legion has room for two more: UFC fighter Ronda Rousey and actress Mila Kunis. I admit, it will be fun to run into these ladies while exploring the world of Azeroth. It turns out, however, that it's enough to become someone famous, mention the king of MMORPGs in interviews and *bum*, we are immortalized in the game. I don't know about you, but I'm up for it!

That's not all, though. Do you know Treasure Goblin from Diablo 3? This little mischief-maker runs away from players because he hides various treasures in his bag. If the warriors do not manage to kill him within a certain time, he will open a portal and disappear. Usually a lot of gold falls out of it, and sometimes epic weapons. I... you know what? The creature (probably through this portal!) moved to Azeroth, but changed its name to Treasure Demon. It didn't help him at all, because players quickly discovered this little guy when he was strolling freely through the land.

Interestingly, his mechanics are almost identical to the original! For killing a goblin, tuff, demon, we get Sanctuary Coin - unfortunately, we don't know if this is a temporary solution, or if we will actually collect such coins. Their possible use is unknown, as well as the fact whether the new Goblin Vault will reward players for their capture with gold or items. It may turn out that the creature will turn out to be just a simple curiosity, not affecting the game.

Whatever the truth is, it's nice to observe the blending of productions from different Blizzard universes. Interestingly, the Goblin Vault also makes a guest appearance in Heroes of the Storm. Now we can only wait until the Frost Blade gets hungry and wanders into Sanctuary. I would not disdain such an option, what about you?