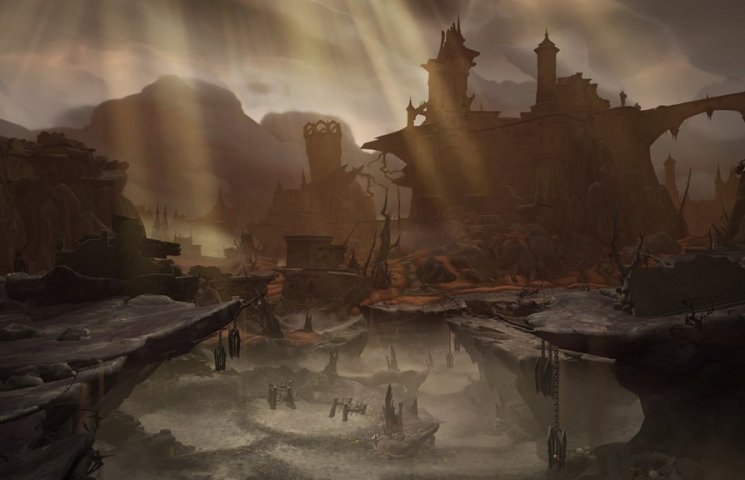 World of Warcraft: How do the Vulpers and Mechagnomes compare?

Today we're taking a look at two, new allied races coming to World of Warcraft as part of Update 8.3 called Visions of N'Zoth. It has not yet been announced when the patch will hit the official servers. At the moment the new features are only available on test servers and that's why we don't give specific figures, because they are subject to change.

Theoretically, the update itself will appear later this year, although this is not confirmed information. Everything can change and equally well Visions of N'Zoth can receive next year. BlizzCon 2019 will probably dispel these fogs of uncertainty.

However, that doesn't change the fact that we got a lot of information from PTS about these two allied races. First on fire go the Vulpera, or anthropomorphic foxes, who will join the ranks of the Horde. Players met representatives of this race in the Voldun zone, where they had to help them in various challenges. As you can see, thanks to our efforts we managed to encourage Vulpery to join us.

When Update 8.3 comes out, in order to be able to play with Vulpery at all, you'll have to meet a seemingly simple requirement - get your reputation with the Voldun faction to max level, Exalted, and get the Secrets in the Sands achievement. Then a special quest will be made available, unlocking this allied race.

By creating a new character, we'll be able to play as foxes. We'll start at level 20 with a unique mount - Caravan Hyena. If we reach level 120 without using any boosters, then we'll also receive special cosmetic armor, assigned to this race.

Vulpers can take on the following classes:

As for the racial abilities, they are as follows:

The Vulpera themselves have a pretty interesting set of options for modifying their appearance. On top of that, their dance moves are modeled after the dance moves in the music video for Ylvis' song, The Fox (What Does The Fox Say?).

Now it's time for gnome-androids, or Mechagnomes. We didn't learn about this race until Update 8.2, when the path to Mechagon Island opened up. Before that, there were clues in World of Warcraft that some gnomes modify their bodies and want to return to their original state. This is because it should be remembered that originally the race were robots. Only the body curse made them become living beings. As you can see, not everyone liked this state of affairs.

Mechagnomes will power the Covenant, if we have a reputation with the Rustbolt Resistance faction at the level of Exalted and get the achievement The Mechagonian Threat. Then we will receive a special quest that will unlock this allied race for us.

In this case, we will also receive a special armor if we reach level 120 as a mechanical gnome without any boosters. We will start our adventure at level 20 with a unique mount - Mechagon Mechanostride.

Mechagnomes can take on the following classes:

As for the racial abilities, they are as follows:

Mechagnomes stand out from other races with a rich set of customizations. We decide ourselves whether our gnome-android will retain more human characteristics, or whether his heart will be replaced by a machine. There will also be no shortage of appropriately "mechanical" jokes or robot dances.