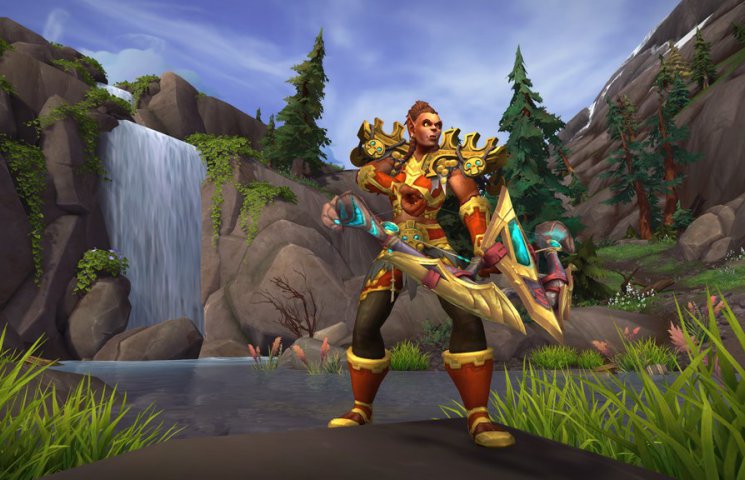 Illidan will turn out to be good in World of Warcraft: Legion!

You have to admit, that would be a truly remarkable twist!

Fans of the Warcraft universe and Blizzard games are used to the fact that this company is capable of anything. Regularly resurrecting fallen heroes, playing with alternate universes or returning Big Bad are the norm when it comes to these developers. However, no one expected a certain Night Elf, who has been in prison for 10,000 years, to turn out well!

Let's start from the beginning. Illidan Stormrage was one of the most interesting characters in Warcraft 3. However, through some unfortunate turn of events, he turned to the Dark Side of the Force, and in World of Warcraft: The Burning Crusade he appeared as the main antagonist. We also know that this funnyman will appear in the sixth expansion to the king of MMORPGs, World of Warcraft: Legion. Players immediately assumed that we'll fight against Illidan again, but it may turn out that it will be quite the opposite. Instead, we will stand shoulder to shoulder with other Demon Hunters in the battle against Legion!

Where did this information come from? One of the users of MMO Champion forum came into possession of an early copy of the novel Illidan: World of Warcraft. The story begins with Illidan losing his duel with Arthas in Warcraft 3: The Frozen Throne. It depicts the hero's further life, his journey to Outland, the founding of his own faction, etc.

And here begins the most interesting part. At some point Illidan comes across a representative of the Naaru race, who tells him about the danger waiting for Azeroth. The creature mentions an enemy called The Void, more powerful than Sargeras and the entire Burning Legion. As if that wasn't enough, Illidan would be the one to lead the army of Light against this new enemy. In addition, our antagonist is shown in Naaru's vision as "a luminous figure, with a glow around his head.

To dispel any doubts, Illidan's companion adds an important sentence at the end:

"No matter who you were, or who you are now - you will still become a hero of the Light".

The official world premiere of the book will take place on April 12. So it remains to wait for further information. It has long been rumored that the fallen Night Elf was destined to change fronts and represent good. Looking at his lush past, we can't cross him off, after all, he was once different! In fact, Illidan usually meant well, he just chose the wrong methods. Are you guys ready for such a change in scenario? :)

The best combinations of races and classes in...

IT'S HAPPENED, THE NEW ADDITION TO WORLD OF...

Update: Poles will get World of Warcraft for free with...